Myth Busting: Is Sleep Training Harmful for Your Little One? 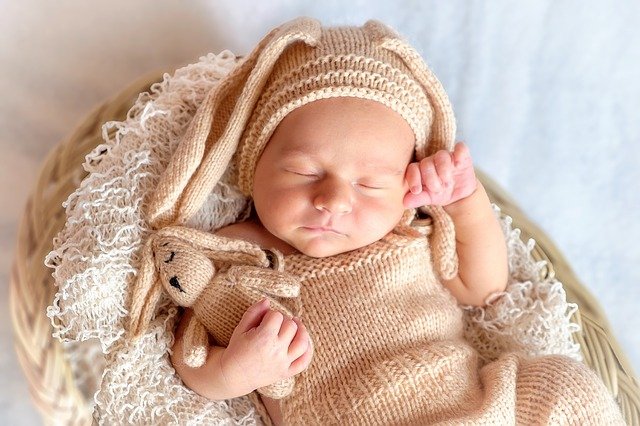 One of the most common questions I get from parents is whether or not sleep training is safe for children.

Part of the reason this question has become so common is because of a study released in the 1980s by a Dr. William Sears. He proposed a concept called attachment parenting that revolved around the idea that children need constant touch and attention to develop properly, and that crying can actually cause brain damage. Brain damage!

This led people who bought into his theories to believe that babies essentially should never cry, and that parents should take just about any means necessary to prevent it, including things like co-sleeping and babywearing.

As you can imagine, Dr. Sears did not think highly of sleep training, blaming sleep consultants for traumatizing children.

The problem with all of this?

It’s not factual in the least, as numerous studies have proven that regular amounts of crying have no negative effects on babies whatsoever.

So Why Did Dr. Sears’ Study Gain So Much Popularity?

It’s absolutely true that babies should be close to their mothers and that empathy and regular touching is important and vital for a baby’s development.

But, taken to an extreme, it becomes a dogma that is more concerned with following along ideological lines than actually finding and following the truth. After all, it’s simpler to blame a child’s issues on his or her mother’s approach to parenting than to understand the myriad of factors that contribute to how a child behaves.

Because of this, attachment parenting theory persists, and many parents are still afraid of trying to control their children’s sleeping habits. Even as new studies continue to pop up showing how effective sleep training can be, they’re afraid that Dr. Sears’ line of thinking is correct.

Trust me (and the actual scientific research): it’s not.

And, like other baseless theories that gain a lot of attention, including anti-vaccination theories, it’s not only wrong but actually harmful.

What studies have shown is that poor sleeping habits can have serious detrimental effects for children, including cognitive and behavior issues, a greater chance of obesity, and problems with attention span.

In other words, much of what us sleep consultants do – helping parents teach their babies how to sleep independently for longer periods of time – is not only not harmful, but incredibly beneficial, both to the children and their parents.

Staying Focused on the Research – Not Unscientific Hearsay

In my view, attachment parenting theories only do one thing effectively: causing parents to feel a tremendous amount of unnecessary guilt. It becomes wrong to make room for some space and time alone and to let your child experience even the slightest twinge of discomfort.

Even as adults, a little bit of discomfort is often what causes is to grow, and letting your baby cry for a little bit to learn how to sleep independently is not only unharmful but in their best interests.

If you’d like to chat with me about your baby’s sleeping habits and what we can do to get them straightened out (sans the brain damage!), get in touch with me today!